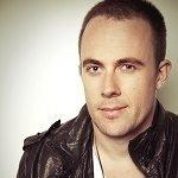 Its an absolute honour to working alongside such an amazing organisation in Bears Of Hope. With my wife and I being touched by the loss of a baby on a personal level I’m hoping our story and my song ‘Waiting On The Day’ will provide support and comfort to any family who has experienced the loss of a child. It affects so many Australian families and is often a subject matter that people feel they can’t talk about. I hope the track can offer other families hope through this time.

Waiting On The Day is a tribute to every parent who has endured the loss of a child whether that be before or after birth and the strength to face life again. This song is also for our baby Grace who we lost two years ago and will forever be in our hearts x’.Casey Barnes 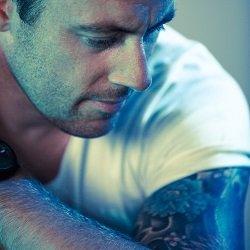 Casey’s music has made an impact around the world. He’s had hits in Europe, written songs in America, appeared in a top-rating TV show in Australia, and played alongside many international stars.

Casey started his singing career in his home state of Tasmania, before relocating to the Gold Coast, which he now calls home. Casey’s songs are honest and heartfelt. The emotions are genuine. This was evident on his previous album ‘Jet Trails’, released September 2012 and spawned a string of well received singles. This album was Casey’s first association with Aussie hit-maker Rick Price (Not a Day Goes By, Heaven Knows) after a chance meeting in Nashville led the pair to become life long friends and songwriting partners.

Writing with Rick Price has continued into 2014 with Casey’s brand new EP, which was recorded in Nashville was released in June. This EP was produced by Price and mixed by Grammy Award winner Jason Lehning and has so far seen the release of two singles, ‘Valentine’ and ‘Flesh and Bone’, both receiving regular radio airplay nationwide. In addition, both clips have been featured extensively on Foxtel’s CMC. Previous single ‘Flesh and Bone’ reached #6 on the All Australian Top 20 Countdown and #34 on the CMC Country charts.

The success of ‘Flesh and Bone’ is an exceptional follow up to Casey’s previous single ‘Valentine’ released earlier this year which received national airplay, a performance on Channel Seven’s Weekend Sunrise and the music video being added to Foxtel’s Country Music Channel. The clip for Valentine was also voted by Herald Sun newspaper reporter Cameron Adams’ top 10 music ‘real life couples’ music videos of all time.

Casey is now set to release a new single ‘Waiting on the Day’, which touches on the sensitive subject of the loss of a child. Due for official release on the 24th October, this beautiful, heartfelt ballad reunites Barnes once again with his good friend and songwriting partner, Rick Price.

Drawing on personal experience Casey says ‘Waiting On The Day is a tribute to every parent who has endured the loss of a child whether that be before or after birth and the strength to face life again. This song is also for our baby Grace who we lost two years ago and will forever be in our hearts x’.

Casey is hoping that this song will provide support and comfort to any family who has experienced the loss of a child. It affects so many Australian families and is often a subject matter that people feel they can’t talk about. He hopes the track can offer other families hope through this time.

Family and community are important to Casey. At the start of 2011, his defiant Never Break You became an anthem after the devastating Queensland floods and Cyclone Yasi. The song soared to number one on the AIR charts, Top 10 on iTunes, and number six on ARIA’s Australian Artists Singles chart, with Casey donating all proceeds to the Premier’s Disaster Relief Appeal.

2013 was a rewarding year for Casey. He continued to promote his then current CD release ‘Jet Trails’ with shows in New York, Nashville and Los Angeles. He also performed at gigs and festivals around Australia including main stage at one of Queensland’s premier events the ‘Caloundra Music Festival’. Another highlight was participating in Perth’s Channel Seven Telethon which last year raised a record sum for children’s charities. A seasoned television performer, Casey has also performed numerous times on such shows as Sunrise, Mornings with Kerri-Anne, The Circle and the Marngrook Footy Show.

Australians got to know Casey’s story when he was a top 12 finalist in the final series of Australian Idol. But Casey already had a career well before appearing on the show, having released three albums, played alongside Bryan Adams (for A Day On The Green), Eskimo Joe and Vanessa Amorosi and had a number one hit in Europe, singing Marco Demark’s remake of Elton John’s Tiny Dancer.

2014 has gone on to be a triumphant year for Casey with the recent announcement that he will be special guest support to US superstar Mariah Carey when she returns to QLD on November 16th to perform at A Day On The Green.

Casey continues to dominate the Australian music festival circuit after performing at this years Broadbeach Country Music Festival, and will now see him performing at the Big Sky Blues and Roots Festival in Deniliquin over Easter in 2015. Casey’s performance takes place on April 5th alongside artists such as Zac Brown Band and Michael Franti & Spearhead cementing him as one of Australia’s premier performers with a career truly on the rise.