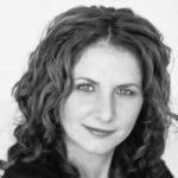 6 ½ years ago my husband Brent and I decided to have a baby. After 2 months of trying I fell pregnant. After the first nauseating 3 months and the easiest pregnancy and labour we had our first beautiful boy Max Gee Cole. Who continues to make me one of the happiest mums on the planet.

Max turned 3. I had just started working on Home & Away and I skipped a period, which was very strange for me. I then realized that I was pregnant. We were so excited another baby, the perfect gap. Home & Away were happy for me to work as long as I wanted.
During our 20 week scan the doctor picked up an abnormality in the scan. He noted that our son (we had found out his sex after an amnio) had a condition called a diaphamatic hernia. This was a concern but if we continued with the pregnancy and after he was born they could control his breathing with machines the doctors would be able to operate and hopefully he would be able to live a normal life.

We continued with the pregnancy and with the help of the wonderful staff at Randwick hospital, our second beautiful son Jed Knox Cole was born. He was rushed into the intensive care unit and they attached him to the machines that would hopefully save his life. Unfortunately after 5 hours the machines couldn’t get his little lungs to work and we made the heartbreaking decision to turn the machines off. He died in my husband Brent’s arms and is forever in our hearts.

We stayed the night with Jed in our room and the following morning when we left the hospital to go home Kate our guardian angel gave me a teddy bear so that I wouldn’t leave the hospital empty handed.

It wasn’t until we were driving in the car to Jed’s funeral that I actually looked at the label that was attached to the bear. I believe that there was a reason I looked at that label when I did. I was feeling so alone in my own feelings and grief. What I then realised is that I was not alone, there are other people going through the loss I was feeling every day. There is no need to feel alone.

One week after Jed’s funeral I called the Bears of Hope program and organised a bear for someone else. I wanted them to know that they weren’t alone either.

Our bear still sits in its special spot with its little hat on. I am so grateful that I have him and I know just how important it is to have something like this at a time when we need it the most.

I am happy to say that after 3 years we decided to fall pregnant again, which we did. I have been blessed to have had 3 wonderful pregnancies and 3 very easy births.

We now have an 8 month old baby boy called Knox BJ Cole. He is adorable, a handful and absolutely worth the scary 9 month pregnancy hoping that he would be OK.

I am incredibly lucky to have a wonderful support network and a husband who is my best friend.

I started acting classes when I was 11 years old. I have done a variety of work from commercials, to stage, to television.